Nursing pins have been honoring graduates for decades.  In 1880, the Bellevue Hospital Training School for Nurses in New York City was the first to recognize their graduate's transition to the certified nursing profession by awarding them a nursing pins.  The nursing pin was designed and manufactured by Tiffany & Company of New York City.  Imagine being honored with a Tiffany & Co. designed pin.  How exquisite these first recipients must have felt.  However, they were not the only graduates to be distinguished with a Tiffany & Co. design as the world renowned jewelery continued to produce nursing pins for many schools at the turn of the 20th century.

If you are wondering why the first school decided to award their graduates with nursing pins, we are too, so we did our research.  One theory says their precursors are most likely the Maltese Cross worn by crusaders in the 12th century as a symbol of their service to Christianity. Starting in 1095, the Crusades were a 200-year long conflict that took place across modern day Middle East.

Another theory has to do with "The Lady with the Lamp," Florence Nightingale.  We like to think that Florence Nightingale was the recipient of the first, true, nursing pin.  In 1855, after her service in the Crimean War, Prince Albert & Queen Victoria presented her with what might be the most beautiful nursing pin to-date.  Seen here, the gold pin is handmade and delicately detailed with diamonds and cloisonne enamel. This pin was designed by Garrard & Company out of London.  They were the official Crown Jewellers at the time, appointed by Queen Victoria in 1843.  As it turns out, it is fitting that the Bellvue Hospital started the tradition of nursing pins in the states because they were the first school of nursing in the United States that was founded on Florence Nightingale's principles of nursing. 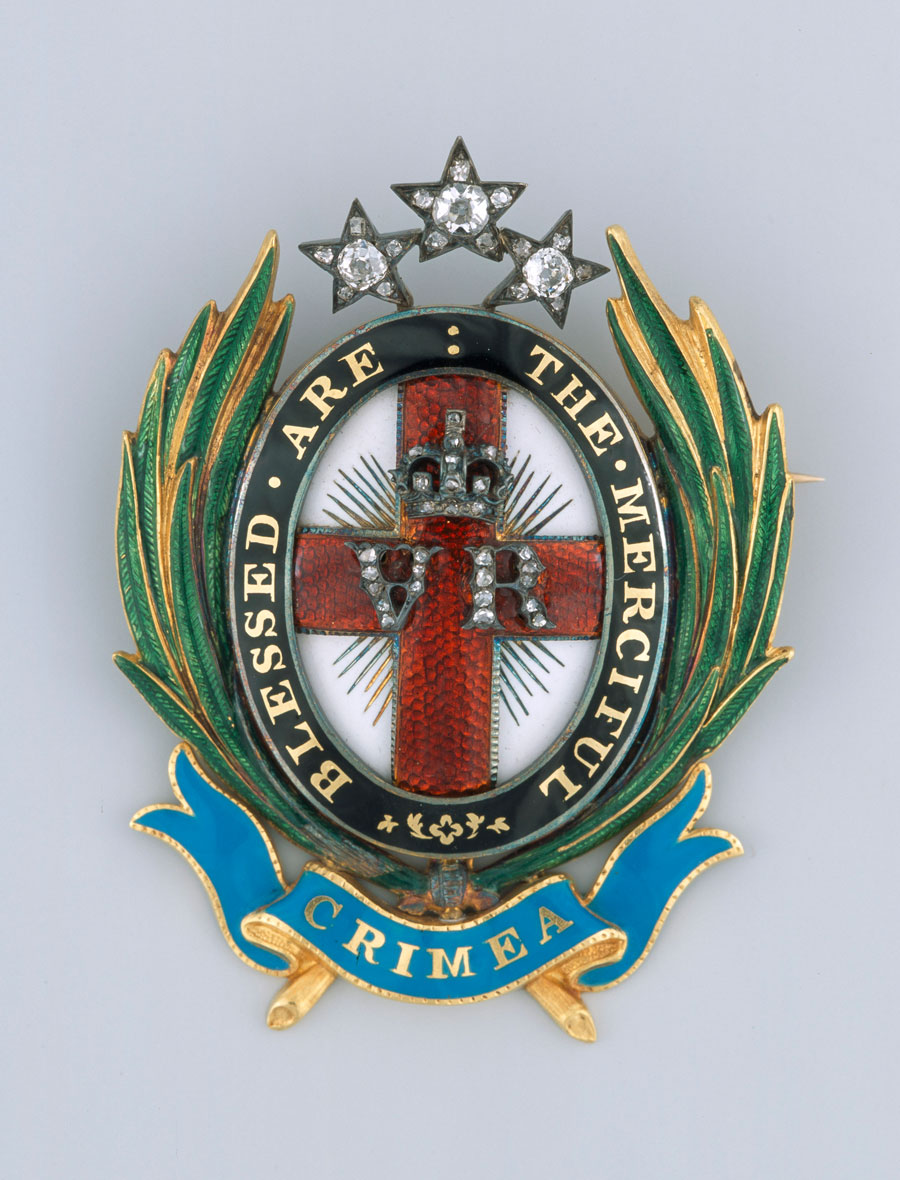 As you can see, nursing pins have a long tradition and symbolize a history filled with service and honor.  Let J. Brandt Recognition help you with your tradition today!